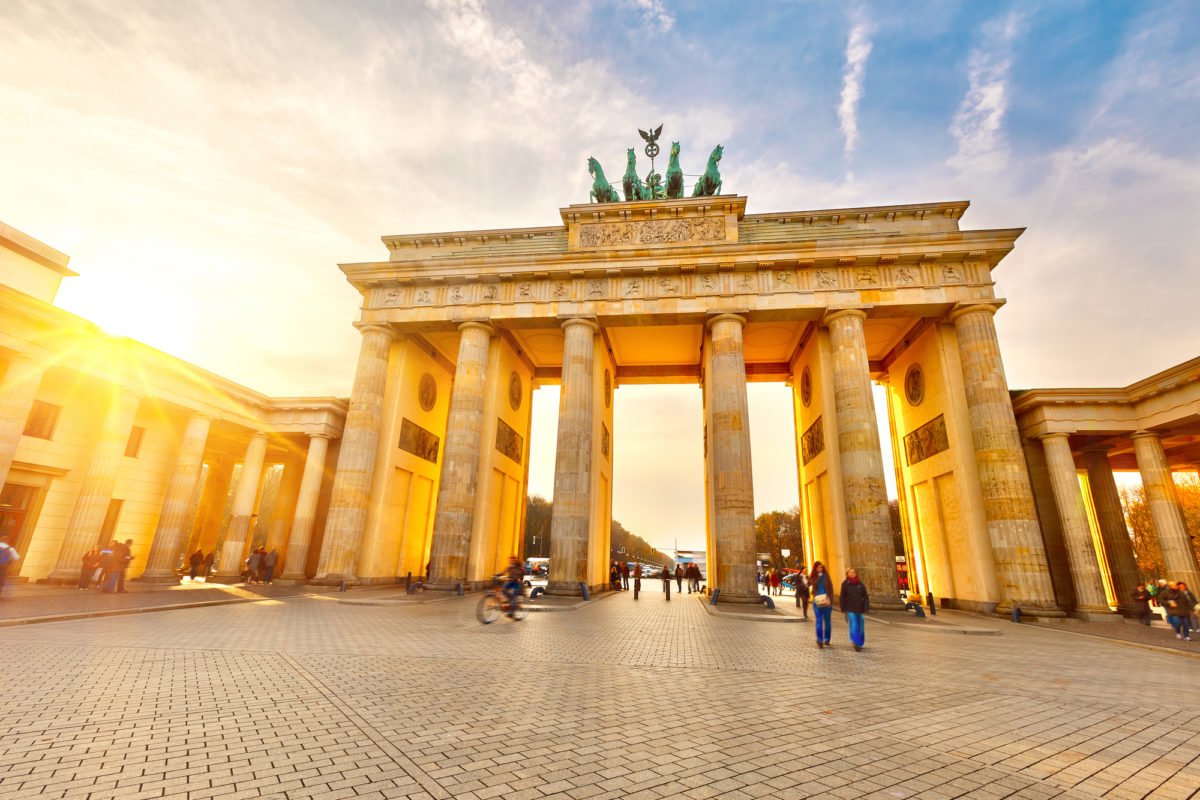 Berlin has written a thick line on the darkest pages of the history of the twentieth century. Scenes that took place in this city, almost seemed to be removed from a scenario of a war thriller. Unfortunately, the war drama was a reality and not just a film fiction. It is a wonder that today the German capital is one of the most commonly visited places on the map of Europe, and its numerous architectural monuments and cultural offer are vertiginous. Welcome to the joint tour of Berlin!

The first traces of settlement in the territories that today are within the administrative boundaries of the German capital, date back to the eighth century BC. There are archaeological sources that confirm the establishment of the Germanic settlements here in the first centuries of our era. In 1237, for the first time, there was a mention of the towns of Berlin and Cöln that after several decades were merged into one city. The complicated fate of the city in the coming centuries meant that Berlin was the capital of the following states – Brandenburg, Prussia, the German Empire, the Weimar Republic, the Third Reich, and today – the Federal Republic of Germany.
The memory of the former division of the city is also the memory of division of the world
Peculiarly intricate fate of twentieth-century Europe had an influence on Berlin, which after 1945 has been divided into two parts – the east one- belonging to the German Democratic Republic, which was in the Soviet sphere of influence, and the west one, which in 1961 was surrounded by the famous Berlin Wall. Today, the Berlin guides lead visitors to Mauermuseum located on the former border point. Interestingly, the exhibition was founded in 1961, but it was originally stored in two rooms in a completely different part of the town. Today, the museum covers an area of 2 thousand m2. Tourists can also watch the world’s longest-standing gallery “East Side Gallery”, which is in fact a 100-meter section of the Berlin Wall.
A city of museums and art
Germany to an average European is primarily associated with the aggressive policy of territorial annexation and arms effort, but you should keep in mind that this nation’s contribution to the cultural heritage of our continent is huge. You can see it while visiting in Berlin one of 180 museums or 440 art galleries. The famous Museum Island, added to a UNESCO World Heritage Site, is a location of 5 museums with unique collections – Pergamon Museum, Altes Museum (Old Museum), Egyptian Museum of Berlin, Bode Museum, Alte Nationalgalerie (Old National Gallery). Berlin sights here are mainly antique treasures of different civilizations and Byzantine art.
The places on the map, one cannot miss
Successful visiting Berlin not only means admiring the museum exhibits. The Berlin guides will also show you many objects, which while being in this city, you just cannot pass by. The symbols of the German capital are primarily majestic buildings, such as the Reichstag – the seat of the Bundestag or the classicist Brandenburg Gate, where Victoria, the Roman goddess of victory looks at the inhabitants from. Well-known destinations include a square and a junction bearing the name of the Russian Tsar Alexander I – Alexander Platz, as well as a nearby TV tower with a cafe at the top, from the window of which you can see a beautiful panorama of the city. Charlottenburg Palace, the former summer residence of the ruling family has collections of museum pieces and sarcophagi of the royal family. Mandatory points of each trip are also: Potsdamer Platz impressing with its buzz and modern buildings or the Gendarmenmarkt with the nineteenth-century concert hall, the German Church of the seventeenth century and the French Church, the architect of which was inspired by the church in the Paris suburb of Charenton.